Uploaded on Feb 16, 2012 by lauren knapp
I visited a shaman in Mongolia's northern province of Khentii over the New Year. In this clip she's playing the jaw harp (aka jew's harp, mouth harp, ozark harp, etc). It's commonly used in shamanistic ceremonies throughout Mongolia.

The Upadrshta Foundation of Gudivada celebrated the 249 Jayanthi of Sri Thyagaraja Swamy at Upadrashta Venkata Sastri Brahmin Community Hall and a sizable gathering of musicians and music lovers attended the vocal concert presented in this connection. The singer was a 12-year-old prodigy Kothapalli Pravallika, a disciple of vidwan Popuri Syamasunder. Pravallika ha started showing extraordinary talent from the age of six years and she sports a melodious voice and sharp swara gnanam...

...Supported by A. Kanyakumari (violin), K.M.S. Mani (mridangam), Rajendra Nakod (tabla), Kovai Suresh (ghatam) and Bangalore Rajasekhar (morsing), Kadri began with ‘Pranamamyaham’, a Goula composition of Mysore Vasudevachar in Adi. Saturated with swaras in fast tempo, the number ended in a crescendo with an enthralling percussion flourish. Kadri’s affinity to Tyagaraja was evident in the selection of the next six numbers including the main one. ‘Kamalaptakula kalasavardhini’ in Brindavanasaranga, Adi, was prefaced by a short alapana. A penchant for speed was revealed even in the short Panthuvarali composition ‘Siva Siva’. But ‘Raghuveera ranadheera’ in Huseni, Roopakam, was in a relatively low tempo. Elaboration of Nasikabhushani evoked its inherent karuna rasa. But the mood changed as he played ‘Marevairi ramani’ in a fast manner. The musical ingenuity of the artiste was revealed through Abheri, the main raga for which he played ‘Nagumo ganaleni’. Commendable were the phrases he wove to essay the raga. Descending the scale in packets of double notes was really enjoyable.
Kanyakumari’s tani was soothing throughout and a contrast to the sonorous notes of the sax. Repetition of ‘Nagaraja’ in anupallavi in different modes embellished the piece. Percussion tani led by K.M.S. Mani stood out for rhythmic varieties, especially for Rajasekharan’s deft playing on the morsing... 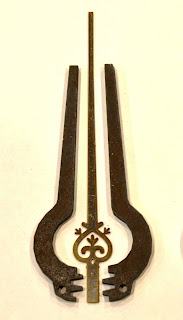 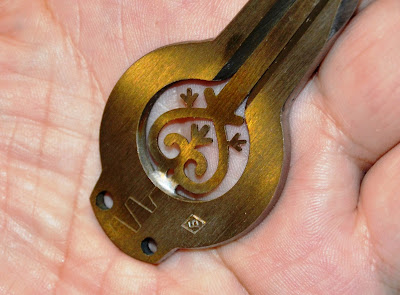 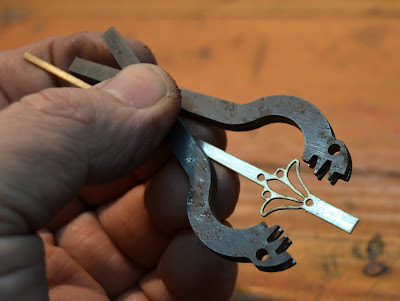 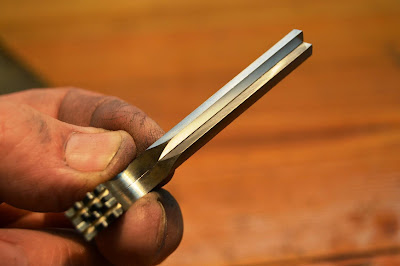 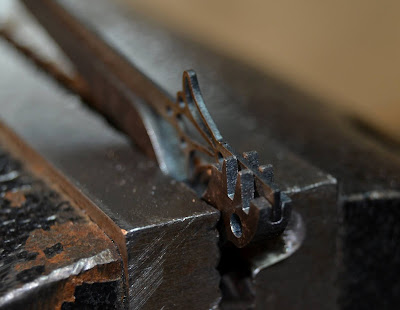 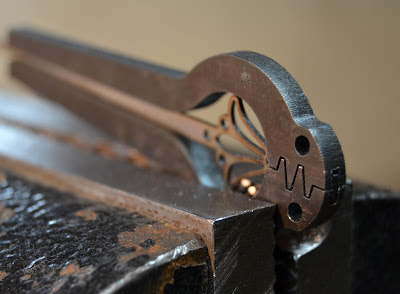 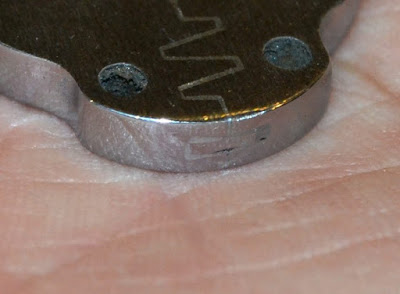 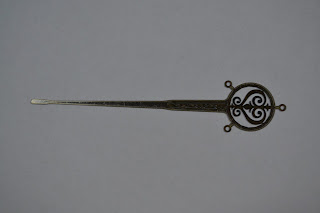 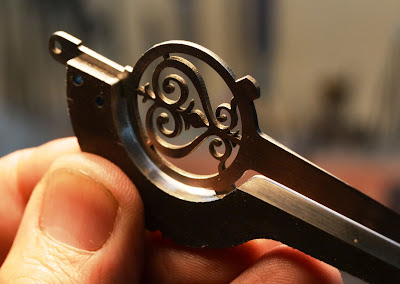 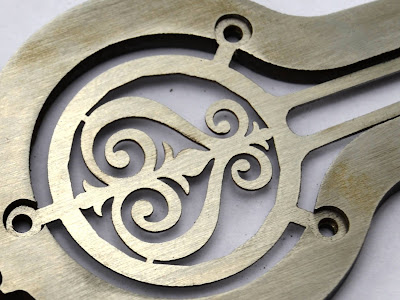 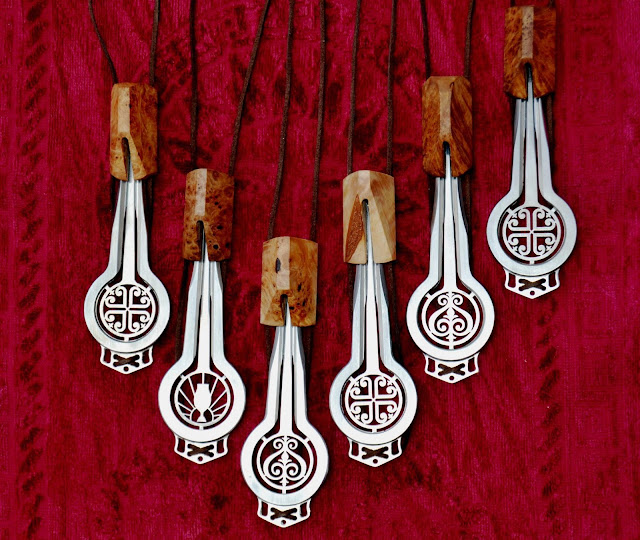 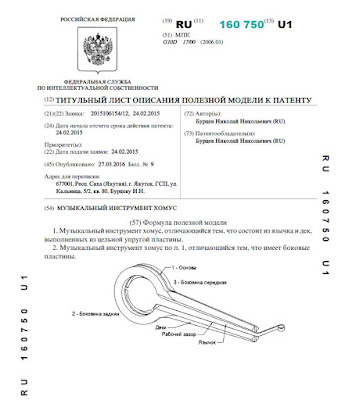 these photos from Facebook group Хомус
special thanks to Хомусчут Андрей

Finally the veil of mystery surrounding the secret work of master from the far Yakut village, Ivan Hristoforov disapeers. More than 20 years of work has brought long-awaited results: the world of musical instruments will never be the same ... 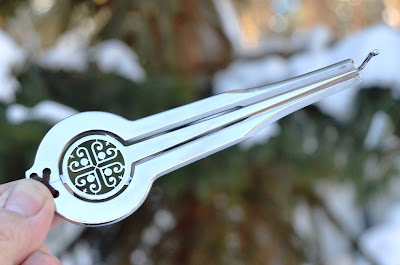 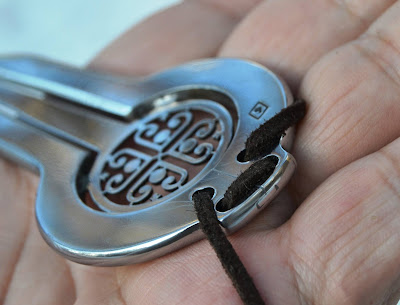 
an upgraded guimbarde of his series "tankha," it has now arrived and is living in California. it is called "Olonkho."
the design is my personal sign combined with a motif of ancient Tengrianism with the meaning of "shamanism plus scientific knowledge." i am just learning to play for the first time, and it is a great honor to receive such an exquisite instrument.

the sound of the instrument –

khomus practice 160515
"i had never even played before, but now i am starting to get a feel for it " 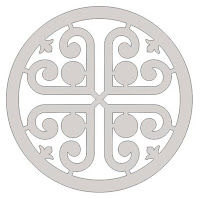 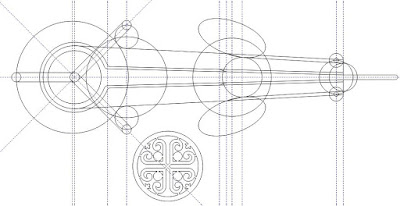 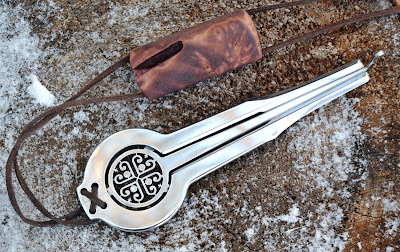 – special thanks to Хомусчут Андрей for connections & encouragement!


UPDATE: The #KhomusWeekly Jew’s Harp Newsletter now has it's own Youtube channel! tinyurl.com/KhomusWeekVids


videos page on this blog

Email ThisBlogThis!Share to TwitterShare to FacebookShare to Pinterest
Labels: video


* Konnakol (also spelled Konokol, Konakkol) (Tamil: கொன்னக்கோல்) is the art of performing percussion syllables vocally in South Indian music, the Carnatic music (South Indian classical) performance art of vocal percussion. Konnakol is the spoken component of solkattu, which refers to a combination of konnakol syllables spoken while simultaneously counting the tala (meter) with the hand.[1] It is comparable in some respects to bol in Hindustani music... https://en.wikipedia.org/wiki/Konnakol 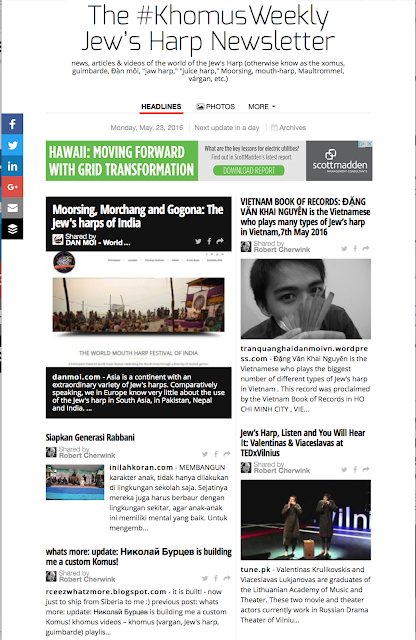 Greetings!
I hope that you enjoy #KhomusWeekly :)
– tweet URLs using #KhomusWeekly and your announcements, favorite articles, photos, and videos should automatically appear there!

the newsletter currently publishes each week on Monday at 16:00 UTC-8 (which would be Tuesday morning for many!)